Cut through the clutter with aerial advertising 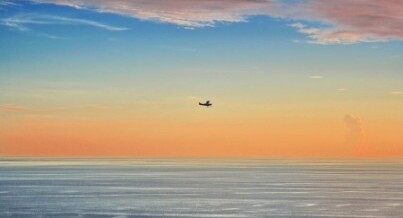 In today’s marketplace, the typical consumer is inundated with advertisements. The average consumer in a metropolitan city sees about 5,000 messages per day, some market research firms estimate.

So how can a business deliver its message without being washed out in a tropical storm of TV, radio, billboards and Internet ads?

Try rising above the traditional mediums of delivering a message: Take to the skies with aerial advertising. Messages can reach thousands of people in a dense setting immediately, at an estimated cost of just 50 cents per 1,000 people.

Aerial advertisements also cut through the clutter of traditional advertising. Studies have shown the retention rate of aerial ads are better than other advertising mediums, simply because folks aren’t accustomed to looking at the sky to see a message.

And unlike traditional mediums, planes carrying banners aren’t intrusive. They don’t disrupt people at dinner or in their living rooms. In fact, aerial advertisements do what most others can’t: Add to a festive atmosphere as people watch them fly by while at the beach or in another fun location.

At Paramount Air, which offers unique aerial advertising, businesses can reach a larger audience immediately, increase a company’s recognition among consumers in a dynamic way, and rise above competitors who use traditional ad methods.

Check out what Paramount Air can do for your business today.