Jersey Shore battered by fire, but Gov. Christie vows to restore the area once again 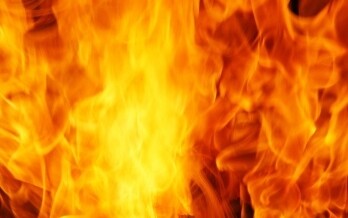 A double whammy dished up with water and fire. Hurricane Sandy killed more than 100 people, left thousands of people homeless and caused billions of dollars in damage to coastal communities along the East Coast. The East Coast storm led to power outages for millions of homes, a significant amount of which stayed dark for weeks. The Jersey Shore was among those communities that felt the brunt of the storm.

But seven months after its devastation, the storied Jersey Shore boardwalk was rebuilt and is open for business. Led by Gov. Chris Christie, $100 million was spent to clean up boardwalks and beaches. But just recently, Jersey Shore suffered another setback. A fire severely damaged businesses along a stretch of beach in Seaside Park and Seaside Heights. Funtown Pier collapsed in flames, and the fire destroyed an iconic carousel that was restored after the storm and reopened just months ago.

About 20 businesses in a six-block stretch were all but destroyed. But Jersey Shore showed its mettle with its restoration efforts after Hurricane Sandy, and Christie recently announced $15 million in aid for businesses damaged in the blaze. The Jersey Shore will persevere, and people will continue to visit, no matter what Mother Nature throws at it.